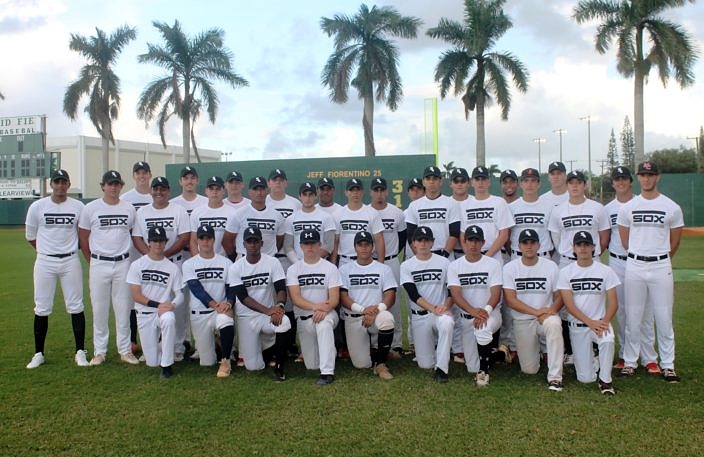 Zach Young was not a household name among Major League scouts on Monday morning, but by day’s end the senior right-hander from Sebastian found himself on the radar of every MLB team. For over thirty years opportunities like that have been realized every fall thanks to the Dynasty Game, an all-star baseball showcase event produced by Chicago White Sox scout Pepe Ortega. Held Monday night at Pat McQuaid Field at Doug Amos Stadium at Nova High in Davie, the event featured the top standouts from across South Florida competing in front of pro scouts from all 32 MLB organizations.

Since 1983, the motivation in putting this event together has been in helping these players prove their way onto scout’s wish lists. Proven MLB stars like Lenny Harris, Alex Rodriguez, Eric Hosmer, Manny Machado, Alex Fernandez and Gio Gonzalez have all been in this all star game during their rise into stardom. It is an opportunity that players relish to be a part of, as best exhibited by Zach Young driving all the way down from Sebastian just to participate.

“That guy was the best pitcher right now,” Ortega noted of Zach Young’s performance, while talking during the fifth inning. “He was throwing to 92 and I didn’t even know who the kid was. That is why this is good, because here you have kids that we didn’t know about. You have to like the game if you drive two-and-a-half hours just to pitch one inning.”

Participants are selected by MLB scouts and divided into two teams. They are provided brand new uniforms for the game, with the hats coming from the Chicago White Sox and Dynasty providing two game shirts for each player. The coaching staff from St. Thomas Aquinas High managed the Black Sox team while the coaching staff from Hialeah High managed the White Sox club, and Ortega has kept the event self-sufficient all along so that players do not have to pay in order to be in the game.

For the players, the largest challenge comes simply in the need to perform well against the most capable of their fellow peers. The best pitchers are facing the best hitters, with strength against strength. Participants are under the spotlight in front of a group that can greatly help their chances of realizing their MLB aspirations.

“Pepe Ortega is a teacher at our school, and I was real excited about the event when he told me about it,” said Nick Garcia, a pitcher from Hialeah High that started the game for the White Sox squad. “It gave me an opportunity to show myself to a lot of colleges and pro teams, and I thought it would be a great opportunity. I found out this morning that I was starting, and from that minute on I just couldn’t wait to drive over here and get on the mound.” 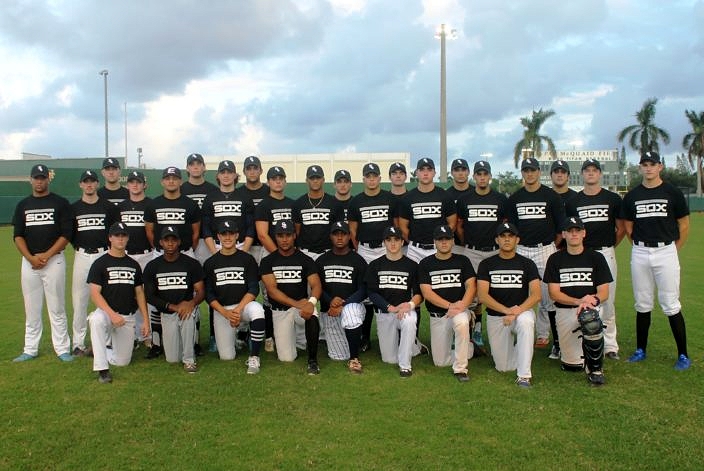 Garcia came over from Mater Lakes Academy this year and is another player that helped put himself on the scout’s radar with his performance, which he admitted was even better than he had hoped for. Facing a tough bevy of dangerous hitters that the pitchers are not familiar with, the margin of error is very narrow.

“I found that you just attack them,” Garcia said. “If you get ahead on fastball, get them with your fastball. If they don’t chase it, it doesn’t matter. If you get them out, that is what you are going for, whether it is a fly ball or a strikeout.”

Events such as these can tend to favor the pitchers, as the hitters are not familiar with the arms they face and have to learn and adjust quickly to the pitchers. Yet the common denominator that makes it an equal challenge is the audience, as the venue is full of college and professional scouts in attendance that generate equal pressure for every participant.

“There is definitely a lot of pressure in there with the scouts swarmed out around you, both for you and the great hitters coming up,” said Branden Bell, a senior pitcher from Park Vista High In Boynton Beach. “You’ve got to challenge them, show what you’ve got and do your best. I like to get ahead with the fastball early, and if I can get in on the hands because they are late on the first pitch then I try and get back in there again. I have enough faith in my slider that it is my put-away pitch, so when I get to there that is what I like to do. I am just honored to be invited out here to show what I can do, and I think I did pretty well today. So I was happy that I was out here.”

Long before showcase events had become the norm, this annual game has served as the spotlight for all of South Florida’s top talent. The event used to be held twice a year, with another in May, before the spring event was ended due to all the similar showcases that now happen at that time of year. It has become the norm for top players to shuttle all over the state from Fort Myers to Jupiter to Lakeland for other showcases throughout the year, but Monday’s Dynasty Game continues to serve as a rare and special opportunity for these players to stay close to home and have all the pro scouts come to them.

“We’ve got all these big guys coming in and they have a great time,” Ortega said. “Kids love to come here, the parents like it and it is close. Here you have 120 scouts, four scouts from each Major League team. So when you have 120 scouts here for one thing, it is good. They come here and find out about these kids they don’t know about. So all you have to do is look good. I have seen guys come in here and nobody had any idea who is it, and when they leave here they are saying he is going in the third or fourth round.” 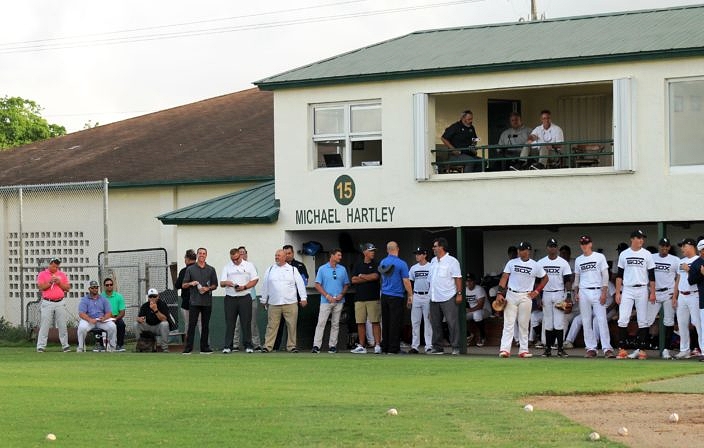 Four scouts from every Major League organization were in attendance.