Spruce Creek Walks Off In Extra Innings On Senior Night 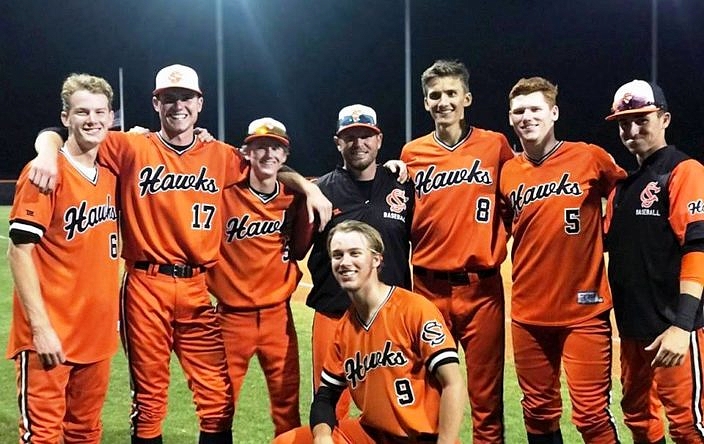 It was only fitting that it was a senior that came through in the biggest moment in Friday night’s Senior Night celebration at Spruce Creek, as Cody Duke connected for an RBI single to center field to drive home Camden Trificante with the winning run in a 5-4, walk-off victory over New Smyrna Beach on Friday night. The win also kept the Hawks’ hot streak alive, as they won their seventh straight game.

Duke had been without a hit in three at bats, while also being hit by a pitch, when he came to the plate in the eighth with the bases loaded. Trificante had gotten things started with a single to center, and Buster Staudt and Brandon Marsh both drew walks that filled up the bags. Duke then came through with the winning hit that sent himself and his six fellow seniors off as victors on their special night.

Chris Bennett made the start for the Hawks (14-7), taking things into the fifth inning while allowing one earned run on five hits and a walk. Bennett struck out seven and left with a 4-1 lead, before the Cudas rallied to tie things up and force extra innings.

New Smyrna Beach (16-7) got the rally started in the sixth. Bobby Minotti singled to left and Nate Palmer came next with an RBI double to left. Kade Mattern then lined an RBI single past third that made it a 4-3 ball game. An inning later the Cudas tied things up when Minotti smacked an RBI double that drove in Logan Clayton.

Spruce Creek’s Cameron Roa led all hitters, going 3-for-4 with a double and a run.