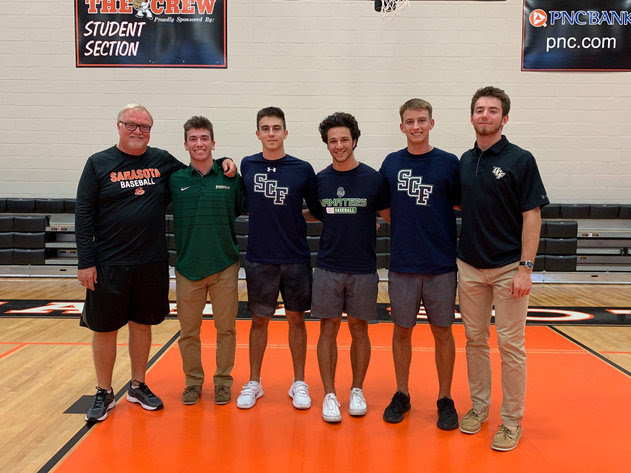 Five members of the Sarasota Sailors signed this week!

College baseball is where it’s at. The chance to get an education and still continue your playing career against the other college elites is something that most any high school baseball player dreams about. For many of them, that just became a reality.

Across Florida and the nation, this week marked the culmination in realizing that dream to play collegiate baseball, as high school seniors signed their letters-of-intent during National Early Signing. As is always the case, there was no shortage of Florida ball players that seized their moment. Often enjoying a special ceremony with many eyes anxiously watching, this week enjoyed countless celebrations as each future college baseball player put their ink on the paper.

This is a special moment and no amount of photos or press clippings can equal the joy shining from proud parents, coaches and family. Be it in an auditorium, media room, gymnasium, private office or perhaps the coaches office, it means a lot to see the players dressed to impress center stage for his moment. So many kids do not get the opportunity to go to college, and many times the parents themselves sacrificed that opportunity in hopes instead of this day. This is a memory that will be cherished for years to come. 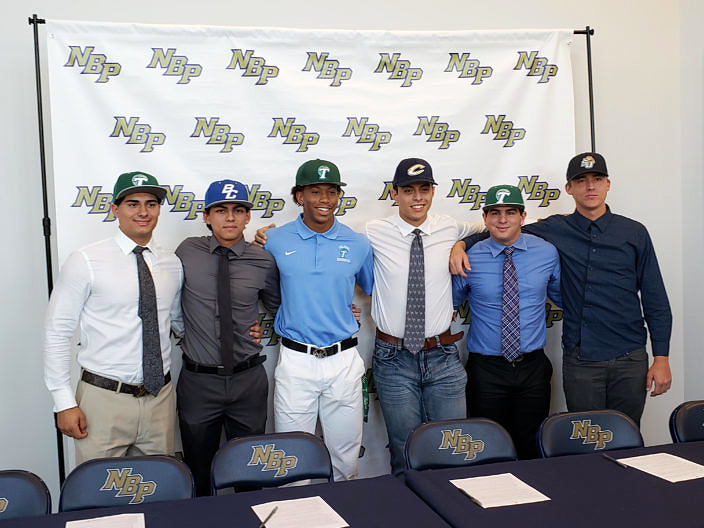 Noblitt’s fellow teammate Colby Livingston also signed with Embry Riddle, as part of a large group of signees from the Panhandle region.

“It’s always nice to come into a new program and have guys good enough to sign early. It says a lot about the past coaches and the program,” Giummule said. “Today is about these seniors and their parents. I’m happy I was able to make today special for them as their hard work and dedication has paid off and their dream of playing college baseball has come true. Having all the guys dressed up and celebrating is what high school baseball is all about.”

Many more signees are also yet to come later this year. New players commit every day, such as Lennard’s Yazael Nunez, who recently committed to St. Leo University. Many will wait until the spring, and others are like Ponte Vedra’s Carter Page, who has committed to Daytona State College and will sign in January when the junior college signing period begins. 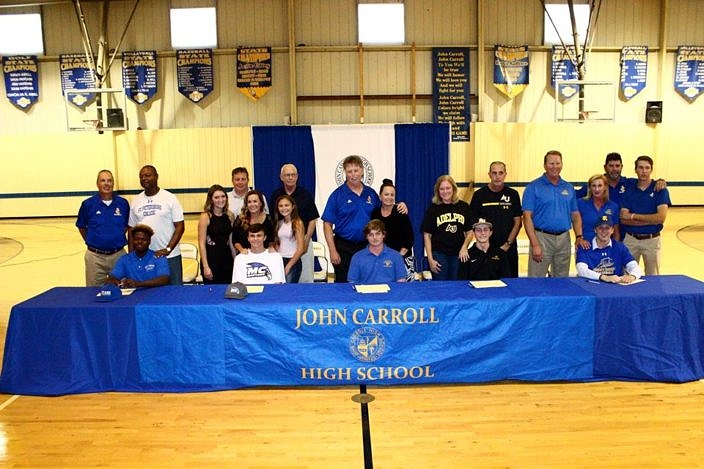 Four players signed at John Carroll during a large celebration.