Sebring Sends Off Its Seniors With Win Over Fort Meade 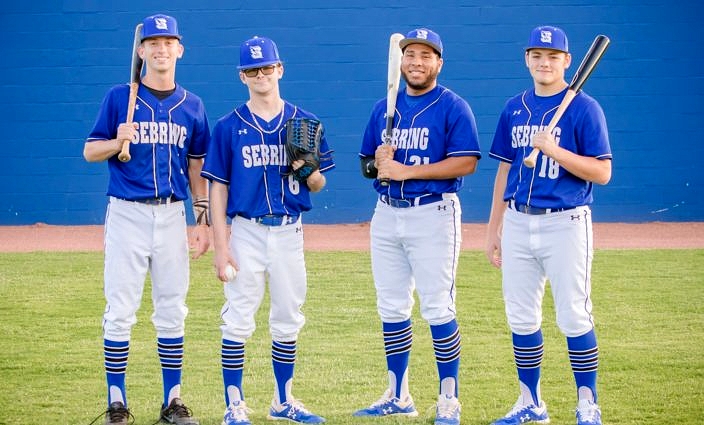 The Sebring Blue Streaks paid tribute to their four seniors on Thursday night in the only way you want, with a nice victory in their final home action. Seniors Trey Bender, Matt Jones, Dayron Novas and Joe Warner were celebrated before the game, and the Sailors went on for a 5-1 win over the Fort Meade Miners.

Sebring (16-8) ends the regular season with a pair of wins, and the Sailors closed strong in winning six of their final eight since a lopsided defeat to DeSoto County. They have earned the top seed in the upcoming district playoffs, as they await the winner of Monday’s 4A-11 quarterfinal between Lake Wales and Lake Region. Sebring will host the winner of that result on Tuesday, April 27th at 7:00 PM.

The Blue Streaks made all the right plays in their final tune-up heading into those playoffs. Most of the starters got on base to contribute, the bullpen displayed its depth and ability to get the job done in using six pitchers, and the defense did not commit any errors. They scored two runs in the bottom of the first to erase an early deficit, and never looked back.

The Miners (7-16) struck first by attacking early, capitalizing early before the team had a chance to settle in following the Senior Night ceremony. Vicente Cabrera led off with a double to center, and David Rodriguez followed with an RBI double for a 1-0 lead. 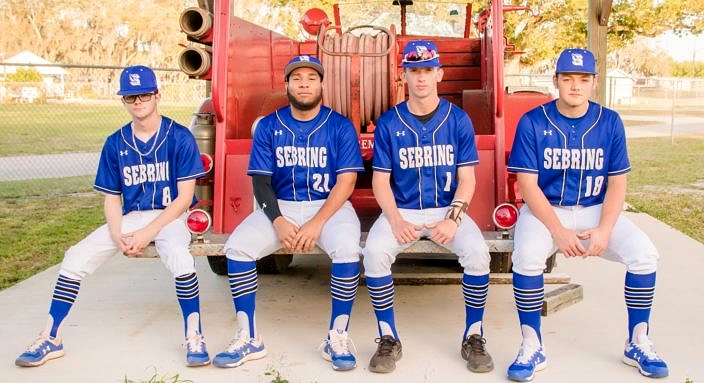 Sebring answered right back to grab the 2-1 advantage. Zach Doorlag worked a lead-off walk and Trey Bender followed two batters later by lacing an RBI triple that tied things back up. Case McClelland then connected for an RBI double to put his team ahead.

Two runs in the bottom of the third provided some nice cushion. Joe Warner led off with a base hit and advanced on a wild pitch, before moving to third when Bender grounded out. McClelland walked and was replaced by courtesy-runner Peyton Spencer for runners on the corners, and Trey Rowe came through with an RBI single that plated Warner. Spencer also scored, as Rowe got caught up in a rundown on the bases.

Sebring tacked on one last run in the fifth. Doorlag singled and gave way to Freddie Perez on the bases, who scored off an RBI single from Jonathan Delgado.