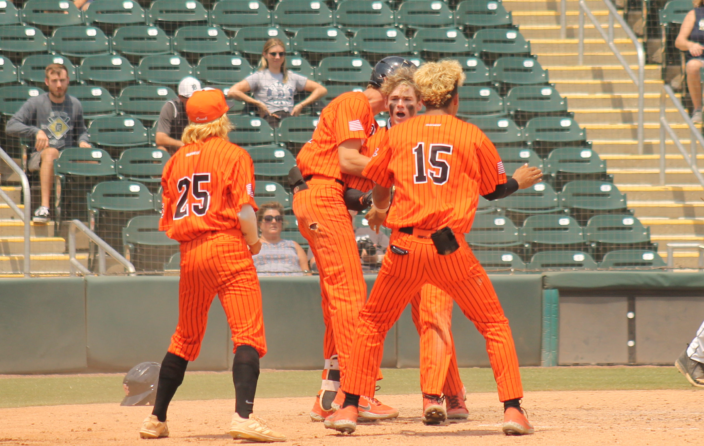 The Hawks celebrate after scoring the only run of the game in the top of the eighth inning.

Behind a relentless defense and a dominant performance from starter Brandon Neely, the Spruce Creek Hawks played their way back to the state championship. Neely delivered eight scoreless innings and the Hawks finally broke up the scoreless tie with a run in extra innings to earn a 1-0 win over the Durant Cougars, in Friday’s Class 7A state semifinal at Hammond Stadium.

Spruce Creek (23-8) advances to the state championship, where it will take on the Douglas Eagles (27-2). Douglas also advanced with a 3-2 win over the Columbus Explorers in Friday’s other 7A semifinal.

The Hawks will be competing for their second state title, after winning it all in the 2012 season.

“It’s hard to find two better arms in a high school game on two sides. I don’t know if I’ve seen a game like that,” Spruce Creek Manager Matt Cleveland said. “Their kid was very tough, we did everything we could to get ready and I thought we had some good swings. We hit some balls on the screws and they made some good plays. It was just hard to string anything together against him. They did a good job too and they hit some balls hard, but when Brandon needed to make some pitches he made the pitches. We made a couple of great plays in the field too.”

Neely continued to do what he has done all season on the bump. The senior right-hander improved to 8-2 on the season, while picking up his fourth playoff victory. He struck out 10 batters while allowing three hits and two walks, and no Cougars ever so much as reached third base.

“We knew that Neely was going to deal and that he was going to be tough, and that we would have to play small ball,” Durant Manager Butch Valdez said. “We only had a couple of hits on the board, so we had to do the small ball, and we didn’t execute. There were a couple of opportunities where we just did not perform well. We’ve said it all year that he who makes the fewest mistakes is going to win this game.” 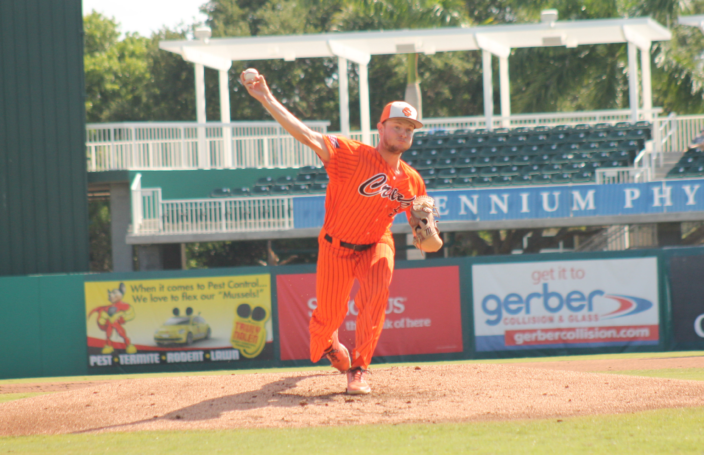 Brandon Neely went the distance on the mound to earn the complete-game shutout.

Across the diamond, Durant rolled out their own arsenal of pitching to match. Senior Sean Hermann made the start and carried his team into the eighth inning also without allowing any runs, before exiting with one out after reaching his pitch limit. Hermann allowed four hits and struck out nine, and he did not issue any walks. He also hit one batter.

“It was the performance that he has always put up,” Durant Manager Butch Valdez said. “You know he is a bulldog in the fight, and all the guys are that way. He wants to win for the team. It’s never been about him; it’s always been about the team. I wish we could have produced the runs. It hurts me more than anything because we couldn’t produce runs for him.”

The only run of the day finally came in the top of the eighth inning. With two outs, Corey Robinson singled on a shot that sailed over the third baseman for a base hit. After Robinson swiped second to get into scoring position, Dalton Hurst connected on a 1-2 offering and lined an RBI double to right field. 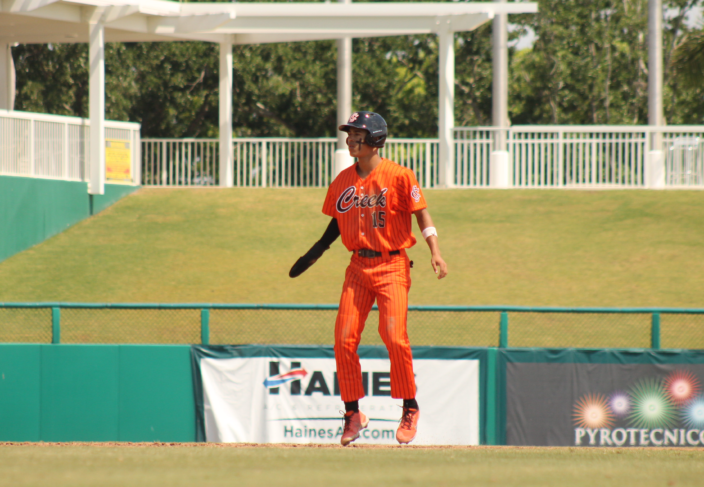 “We’d been under the baseball the whole game, and my main goal was to hit something hard on the ground nd use my speed to my advantage and make them throw me out,” Robinson said. “When that ball got through and I was on first, I knew that if I take second then Dalton would get a hit and we were going to win the ball game. Really, it was just up to me getting there.”

When Hurst saw the delayed steal sign, he decided that he would rather hit with two strikes in the count but with Robinson at second base than to make an out on one strike and not give the speedster the chance to reach scoring position. With two strikes on him and no margin of error left, he delivered just as he has all season long as the best two-strike batter on the roster. He jumped on a fastball away and came through with the biggest hit of the day, even though that pitch location is not normally in his wheelhouse.

“It was my wheelhouse in that moment,” Hurst said. “I just went up with my approach and did my thing and drove him in.”

Both teams had numerous opportunities to break the game open much sooner, but struggled to come up with the big hits. The Cougars (22-6) were unable to execute on several bunt attempts, including an infield pop up with a runner on first that got doubled off following the catch.

Yet for all the struggles offensively on each side, the defense kept bailing them out.

The Hawks were particularly effective on defense, communicating well and backing one another up the right way. Whenever a Cougar reached base, he did not get much further than first base. 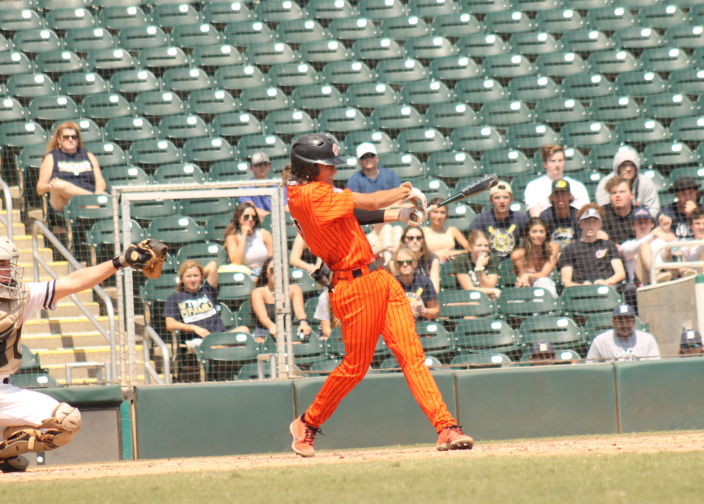 “If you pitch and play defense, you give yourself a chance to win,” Cleveland said. “This time of year, we’ve had a couple of games like that. It’s hard for high school guys to string together hits against that. We just keep saying to pitch and play defense, and if you don’t do one of those two things you are fighting an uphill battle. But you are always in the game if you do those things.”

Key to any shutout by any pitcher is the relationship with the catcher. Neely and Hawks junior catcher Henry Dickmann were in sync the entire way.

“He helps me out behind the plate with his frames, and he’s probably my favorite catcher that I’ve ever worked with,” Neely said of pitching to Dickmann. “We work together really good, and we see what batters look like when they are swinging and we just go off of how it is.”

Dickmann was a field general from behind the plate, and a leader in the dugout. He constantly lifted up his teammates and kept them focused on the task at hand.

“My main goal when I’m catching is to make whoever is pitching look good, and it is easy to do that when you have someone who can throw all of their pitches for strikes and execute every pitch,” Dickmann said. “As far as being on the same page, whenever we are not, we call timeout and go talk about it and get on the same page. It all starts with him. As long as he is staying relaxed and staying in the moment.”