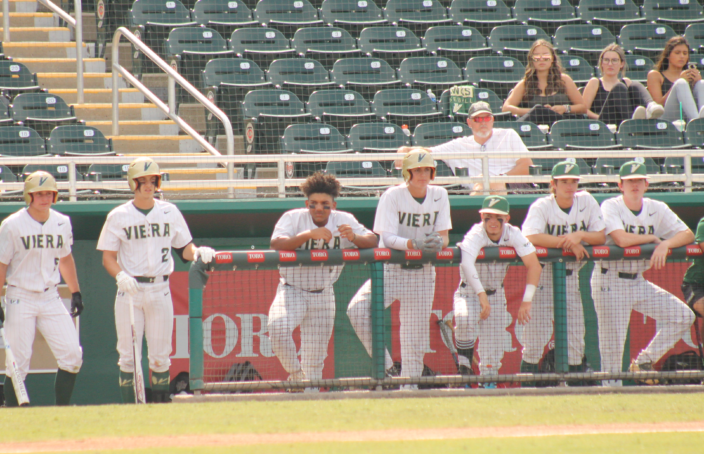 The Hawks had a tough day at the plate in falling 6-0 to the Fleming Island Eagles on Friday evening.

The Fleming Island Eagles made it to the state tournament for the first time this year thanks to an aggressive mindset that has had them chasing after it all season. That approach continued in Friday’s Class 6A state semifinal at Hammond Stadium in Fort Myers, as the Eagles pounded out 10 hits on offense to back a complete-game shutout from Cody Carwile to claim a 6-0 victory over the Viera Hawks.

The Eagles (25-5) advance to Saturday’s title game, where they will face the winner between Dwyer and Bloomingdale.

“It was a tough one for us. That’s a very good ball club,” Viera Manager Bob Doty said. “They were a really good club and they put the ball in play. Their left-handed pitcher is really good, and he is 12-0 now for a reason. We knew we were going to have a hard time with that, but then in the end we were still scratching and clawing, so I liked that in our guys. They never gave up.”

Fleming Island broke the game open with four runs in the top of the third inning, before tacking on two more insurance runs in the seventh. Eight offensive starters reached base during the game to keep constant pressure on the Hawks (20-7).

“They had a lot of hits where I was just impressed with how they were able to put the bat on it,” Viera sophomore catcher Alex Sosa said. “At least three hits that they had, I was blocking the ball. They had a few balls that were off the plate and they just hit them backside. They are a just a really good hitting team.” 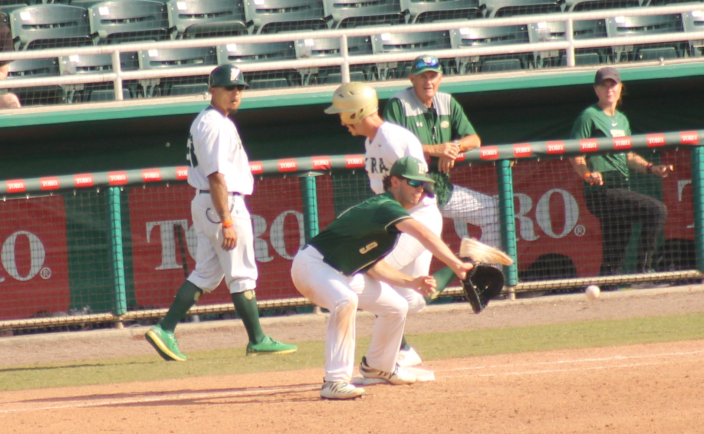 The Hawks get a base hit on a close play at first base.

Gavin Billingsley and Justin Lebesch both singled to put some ducks on the pond with two outs in the third inning. Aiden Mastantuno then found a gap in left-center field for an RBI double that got the Eagles on the scoreboard.

“The at bat is a lot easier when you know you have people behind you who are going to pick you up,” Mastantuno said. “I just wanted to go out there and put the ball in play. They were shifting me to the left; I wasn’t purposely trying to hit it over there. I was trying to pull the ball. But I got enough of it and it was tailing away from the center fielder, and the left fielder was playing on the line, and it dropped, and I was pumped up.”

The Eagles seized that momentum and capitalized with two more runs in the inning. Marcus Murray lined a single off the pitcher, Jack Gidcum walked and Drew Homitz delivered a double to left that plated both base runners. 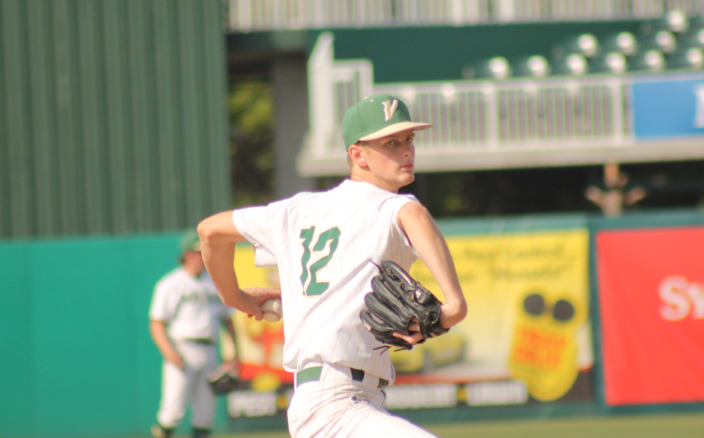 David Rusnak delivered a quality performance in relief for the Hawks.

“We were right there with that play, and that was a tough play with that ball in no-man’s land,” Viera Manager Bob Doty said. “Every run after that was an unearned run, so they scored four runs on two outs there. It is just a tough play.”

Homitz was just getting started on his day, as he came through with another RBI double in the seventh. After Mastantuno supplied an RBI single to right that drove home Lebesch, Homitz connected on a liner that was just fair past third base for his third RBI of the contest. Homitz was 3-for-4 to lead all hitters.

“For me, I like going after the first pitch, because he’s trying to establish the zone right there. So aggression for all of us is best,” Homitz said.

That was more than enough run support for Carwile, who improved to 12-0 on the season. The senior southpaw scattered six hits and two walks, while striking out five.

“On me, as a lefty, he threw a lot of curveballs to me,” Sosa said. “Those are obviously effective, because they start behind and me and are able to come back in. But with two strikes I was able to hunt a curveball, and I got it. I told the guys that he doesn’t throw from the side, so his ball is right on top. His curveball is not a huge break, but it is good enough to fool you. Then he had that changeup. But I told the guys to hunt fastball, because those guys who are committed and who throw a little bit harder are going to want to throw their fastball a lot. That was what we saw. We just weren’t lining the ball up.” 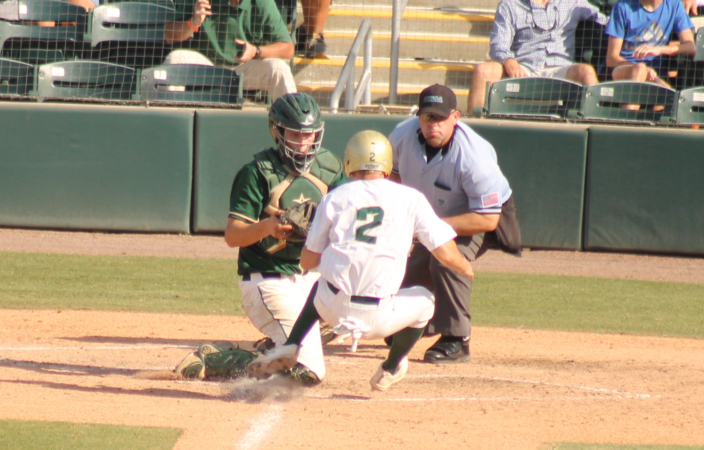 The Eagles catch Viera’s Ben Schleeper at the plate attempting to score in the fifth inning.

The Hawks managed a few scoring chances, but were unable to capitalize to break up the shutout. In the bottom of the fifth inning, Ben Schleeper singled, advanced to second on a ground out from Luke Campbell, and then came racing around the bases when David Rusnak lined a single to right field. But outfielder Angelo Scionti made a nice throw home in time to catch Schleeper at the plate.

Viera threatened again with its final swings in the seventh. Liam Samuels and Jacob Vermeire both singled to put some ducks on the pond, but the next three batters went down in order to end the game.

“We were never really giving them much of a threat there,” Coach Doty said. “We had a guy caught out at the plate, and we were threatening in the last inning there. But we didn’t play well, not as well as we needed to play against a really good ball club. We knew when we came here we were going to see a really good club. It just wasn’t our day.”

Although the club graduates a large crop of eight seniors, it also returns some key components to next year’s roster. Having taken the program to new highs this year, there is not much further to go for the teams to come.

“We’ve got a good group of guys coming back, and hopefully this experience right here, they will always remember it,” Doty said. “Next year, we’ll find ourselves back here again. It is not until you get here that you really realize it’s special. It really is special, and we try to make it special. We were very impressed.” 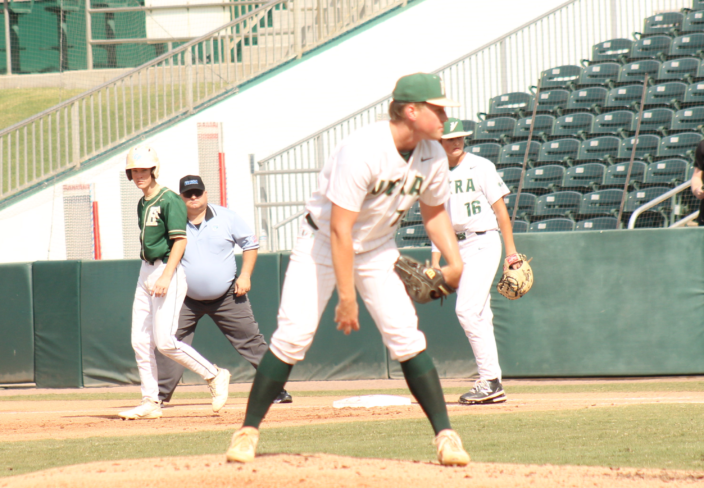