Eau Gallie Moves Past Columbia In 5A State Semifinal 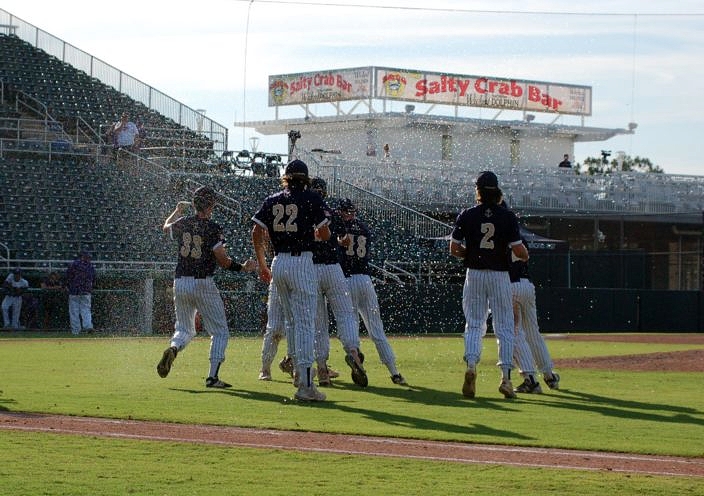 Cups of water are thrown as the Eau Gallie Commodores rush the field to celebrate a state championship berth.

The Eau Gallie Commodores (22-6) are headed to their first state championship game after receiving a dominant outing from junior left-hander Garrett Smith on Thursday at Hammond Stadium in Fort Myers. A 6-0 victory over the Columbia Tigers (21-10) sets up a meeting with perennial powerhouse Jesuit on Saturday.

Smith, who was the team ace last year, entered the game with only 13 2/3 innings under his belt on the season. A forearm issue over the summer carried into the start of the year, and Smith didn’t throw a bullpen until about a month and a half ago. His return coincided with junior Drew Buxton’s bicep injury that kept him out through the playoffs and gave Smith a chance to start the biggest game of his young career.

The junior delivered and pitched a complete game shutout with only a few pitches to spare before he hit the 105-pitch limit. He struck out 12 along the way, which believe it or not is not a career-high for him. That came against Bayside last March when he fanned 14. Personal records aside, Smith looked as good as he ever has and it was hard for Eau Gallie manager Robert Collins not to comment on it.

“I couldn’t be prouder of these guys,” Collins said. “The man to my left (Garrett Smith), that’s the best game he’s ever thrown. The three years he’s been with us, he’s been amazing. He just spotted balls up. He took over, and it was awesome.”

After losing in the district and regional championships a year ago, Smith wasn’t without nerves as the starter for Eau Gallie’s first-ever game in the state final four. He overcame those mental hurdles, though, and limited Columbia to just two hits.

“Heart was racing a little bit,” Smith said. “But, I knew if I just threw strikes, everyone else has got me. We scored runs left and right, and had great defense when they put it in play.” 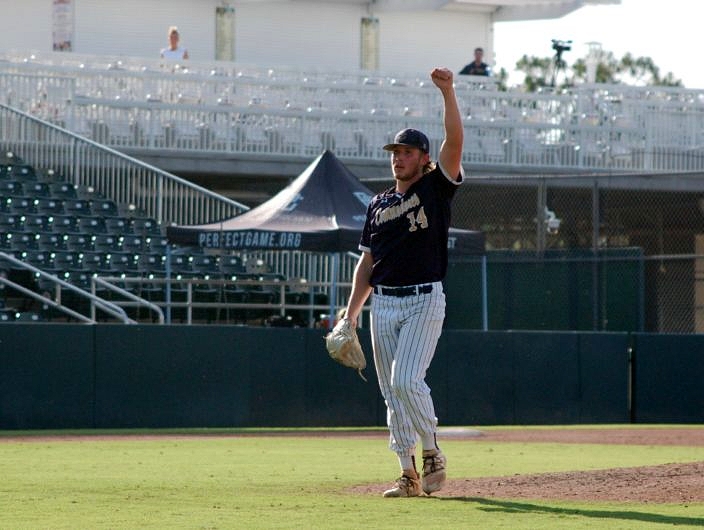 The Commodores have hit well all year, but the pitching coming around is what’s brought them to the next level. Throughout the regular season, the message has been to keep the other team within striking distance so the offense can take the momentum. Only, Columbia never really got things going early and the Commodores slowly built up a six-run lead.

“I think we have 28 home runs on the year, so it’s not like we don’t score runs,” Collins said. “We have power, but what they do great is on two strikes or two outs, they find ways to score runs. That’s what good teams do.”

Third baseman Brandon Bragg led the offense with three hits and a pair of RBIs. Collins also pointed to the bottom of the order, specifically designated hitter Daniel Snowden and left fielder Christian Neal, as the reason for the team’s offensive success.

Brayden Thomas got the start for the Tigers with team ace Truitt Todd unavailable after hitting his pitch count in the regional final on Monday. He got through the first inning 1-2-3, but the Commodores started the scoring in the second with an RBI single from Neal. After loading the bases up, Columbia manager Chris Howard opted to bring in Matt Dumas, who only pitched 8 2/3 innings this season.

Dumas walked in the second run and gave up a two-run single to Snowden. A tag out at third base got the Tigers out of the innings without giving up another run, but the damage had already been done.

“I was locating my fastball and curveball early in counts,” Thomas said. “When I got behind, that’s when I really struggled. Couldn’t come back from 2-0, 3-0. I tried to get them out, but they started getting hits.” 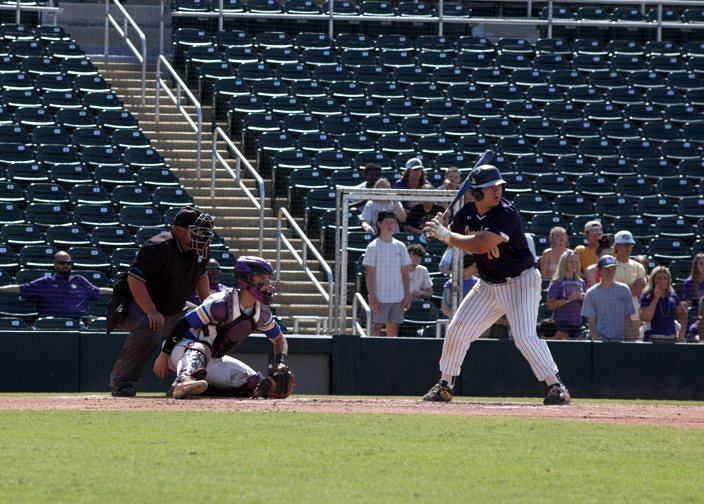 Brandon Bragg led the Commodores at the plate with three hits and two RBIs on Thursday.

Junior Hayden Gustavson came in to pitch the fourth and lasted for three innings. He’d give up two more runs on three hits but was fairly strong in the outing. Freshman Trayce McKenzie-Starling got some valuable experience during a one-hit seventh inning.

In the end, the Tigers simply didn’t have the offense necessary to overcome the early deficit.

Still, it’s been a historic run for Howard and Co. There’s plenty to be proud of and a bright future ahead for a program that plans on returning to Ft. Myers in the coming years.

“It means everything,” he said. “Hopefully, it sets the foundation for the future and I got two of these guys on my right (Gustavson and Braden Thomas) back here next year. Hopefully, we can make another run.”